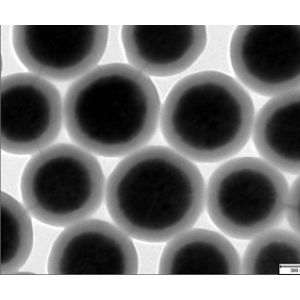 Nanomicro Tech is capable of supplying monodisperse particles of almost any size ranging from 5 nanometers to 1000 microns of different materials, structures, and functionalities.MagneStar is a series of products of Magnetic Particles with narrow size distribution and super paramagnetism. These magnetic particles have a very good dispersity with well controlled particle size and narrow particle size distribution.These small magnetic particles have a core, and a layer of magnetic compound sandwiched between the core and an outermost layer. The outermost layer of the particles is either inorganic or functionalized organic material, which completely covers the magnetic compound to prevent it from potentially incompatible interaction with biomaterials. 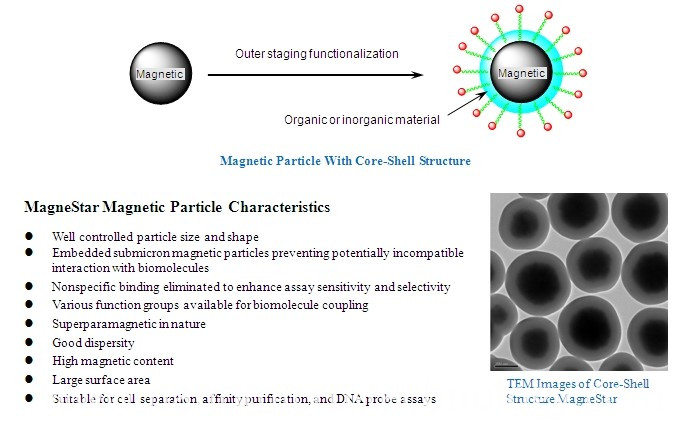